A lot of behind-the-scenes work goes into the process of making personal loans, and origination fees are one way lenders use to pay for that work. The fee, also known as an underwriting, application, or processing fee, covers costs that include document preparation, processing, and underwriting (i.e., assessing an applicant’s creditworthiness and pricing a loan accordingly) of personal loans.

The thing to remember is these costs must be paid by borrowers – the only question is how. One way is charging a high-enough interest rate to recoup the costs over the life of the loan. In effect, the borrower is financing the loan fees. On the other hand, an origination fee moves all those costs up-front into a lump-sum payment, allowing for a lower interest rate.

Origination fees appear in a variety of loan types, but we’re going to concentrate on personal loans. However, keep in mind that mortgages, federal student loans, and other types of debt normally charge origination fees.

Generally, personal loan origination fees range from 1% to 8%. That’s quite a range, and the reason is risk: The worse the borrower’s credit, the higher the fee. Remember, personal loans are not secured by collateral, so lenders need ways to protect themselves against the possibility of borrower default.

The origination fee is a way to collect money upfront, reducing the amount of money at risk. In other words, lenders charge an origination fee to immediately absorb some loss should the borrower turn out to be a deadbeat.

For example, a $20,000 personal loan with a 5% origination fee will require the borrower to cough up $1,000 at loan closing. The fee might be a separate charge or simply subtracted from the loan proceeds. If it’s a separate charge, you must pay it right away or the lender will charge interest on it, adding insult to injury.

In sum, an origination fee not only reduces the lender’s risk exposure. It can also be a source of profit and can allow the lender to advertise a lower interest rate.

Some personal loans impose prepayment fees when borrowers repay the loan ahead of time. This fee is more likely to apply if the lender chooses to recover origination costs through a higher interest rate rather than an upfront fee.

It might seem a little strange for a lender to charge a prepayment fee, since the borrower repays the loan in full. But consider the amount of interest collected. The lender is set to collect interest each month throughout the loan term. Therefore, prepayment represents a loss of interest income the lender was counting on. Since some of that interest may be charged in lieu of an origination fee, the loss of interest may mean that some loan origination costs will go uncovered.

A prepayment fee ensures that the lender gets all the money it expected to collect had the loan gone to term, thereby ensuring that origination costs are covered, and the lender earns the profit originally expected.

Borrowers should be careful when they prepay their loan by sending in more than the amount due each month. The borrower is doing so to reduce the principal faster and therefore ultimately pay less interest on the loan. But beware of a practice sometimes seen, in which the lender applies the extra money to interest rather than principal. The result is interest accrues on a higher principal amount than it should. Borrowers should contact their lenders and confirm that they want the extra monthly amounts applied to principal, not interest.

APRs To the Rescue

By law, lenders must tell you the annual percentage rates (APRs) they charge on their loans. An APR reflects the loan’s interest rate and all other costs of borrowing, including origination fees. You know whether you’re getting a good deal by comparing the APRs among competitors. The lower the APR, the less the loan will cost you.

However, you may favor loans with no origination fees even if they have a higher APR, simply because you don’t want to shell out the upfront fee and would rather pay it over the life of the loan. But even in that case, APRs let you determine the cheaper of the two loans when neither charges an origination fee.

RELATED: Everything to Know About APR

How to Deal with Debt 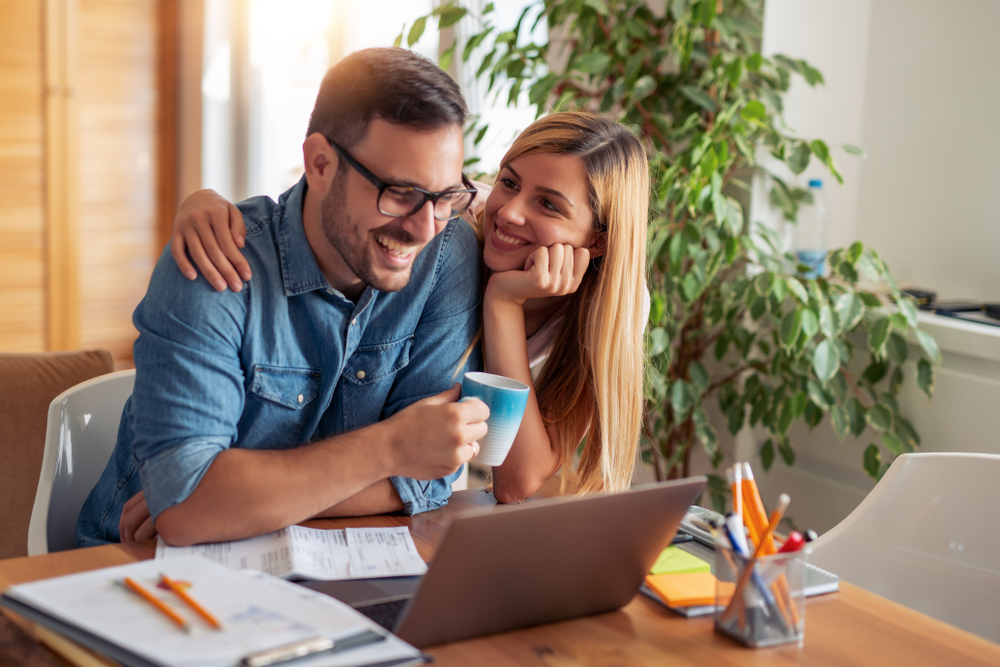 Eric Bank is a business and personal finance writer who has been featured in Credible, Wisebread, CardRates, Zacks and many other outlets. He holds an M.B.A. from New York University and an M.S. in Finance from DePaul University.